This week I have been thinking about moles. Not the one’s that live underground, but the brown, raised bits of skin that some people have lots of, and some people don’t.  I only have four, had them all my life and they’ve never changed in appearance or done anything weird.  Last week I discovered a new one, and it is not like the others, I don’t like it, so I’m off to the doc’s tomorrow to get it checked out.  Of course I’ve googled, and am reasonably certain it’s just a growing older thing, but in my younger days I was a sunbed user and sunbather when ever possible, so need to put my mind at rest.  If only I’d known back then how ultra violet rays can harm you, I would have shunned them, which I have done ever since it became a thing. Fingers crossed I didn’t do myself in!

I’ve also been thinking about Game of Thrones TV programme, as it’s back on the TV next week, and Phil and I have been with it since the beginning.  I am one of those who read all the books, and have been really happy with how  the TV series has adapted them for the small screen, and overtaken George RR Martin with the story, as he is taking a long time to finish the series of books. It’s now become cool to never have seen it, as it always does when something is very hyped and very popular, but this has been a quality series from the beginning, and the ‘cool’ people have missed out on TV excellence, a rarity in my view. Stunning scenery and filming, great characters, sublime acting, and an alternative history in which all sorts of allegories to the real world can be found if you want to, well maybe not dragons, but hey! DRAGONS!!  🙂

I have also been thinking, unexpectedly, about travelling again.  Not too far this time, a 250 mile drive down south next Friday, to dogsit my sons Staffy, Lola, as he and his girlfriend are going on holiday to Amsterdam and can’t find anyone local to do it.  As it’s his birthday I’ve stepped up to do it.  Phil is on nights the week I’m there so can’t come along, so I will have to amuse myself.  There are a few National Trust properties nearby so at least I’ll be off out photographing, and the temperatures south are usually better than here so that’s a bonus.  I have a couple of friends I can hopefully visit too, so it won’t be too bad.  The only thing is that the weekend I go is also the weekend of the Sunderland Airshow, and for various reasons I’ve never got to see it although I’ve lived here 13 years, maybe am destined never to do so!

The Happy Eater tree hasn’t had any exciting visitors of late, just the usual band of spuggies, blackbirds pigeons and collared doves.  The bullfinch hasn’t been back that I know of, but I did spot a lady chaffinch one evening

Whilst I was birdwatching one afternoon I spotted something under my car, which is parked next to the tree

so I banged on the window as it’s obviously lying in wait to snatch a birdy, but got an ‘I’m just here, minding my own business’look’

he sauntered off nonchalantly after a while. Nothing to see here folks 🙂

My shout out to great blogs this week is going to Sarah, Choppy & Schooner, who can be found at Travels With Choppy, click through the name to the site.  Sarah lives with Choppy the dog and Schooner, her chap’s cat, the photo’s and jokes she tells with them will make you laugh.  They live in Wisconsin but also travel, and there’s never a dull moment on the blog.  Sarah also writes travel books which have great info in them. Tell her I sent ya! 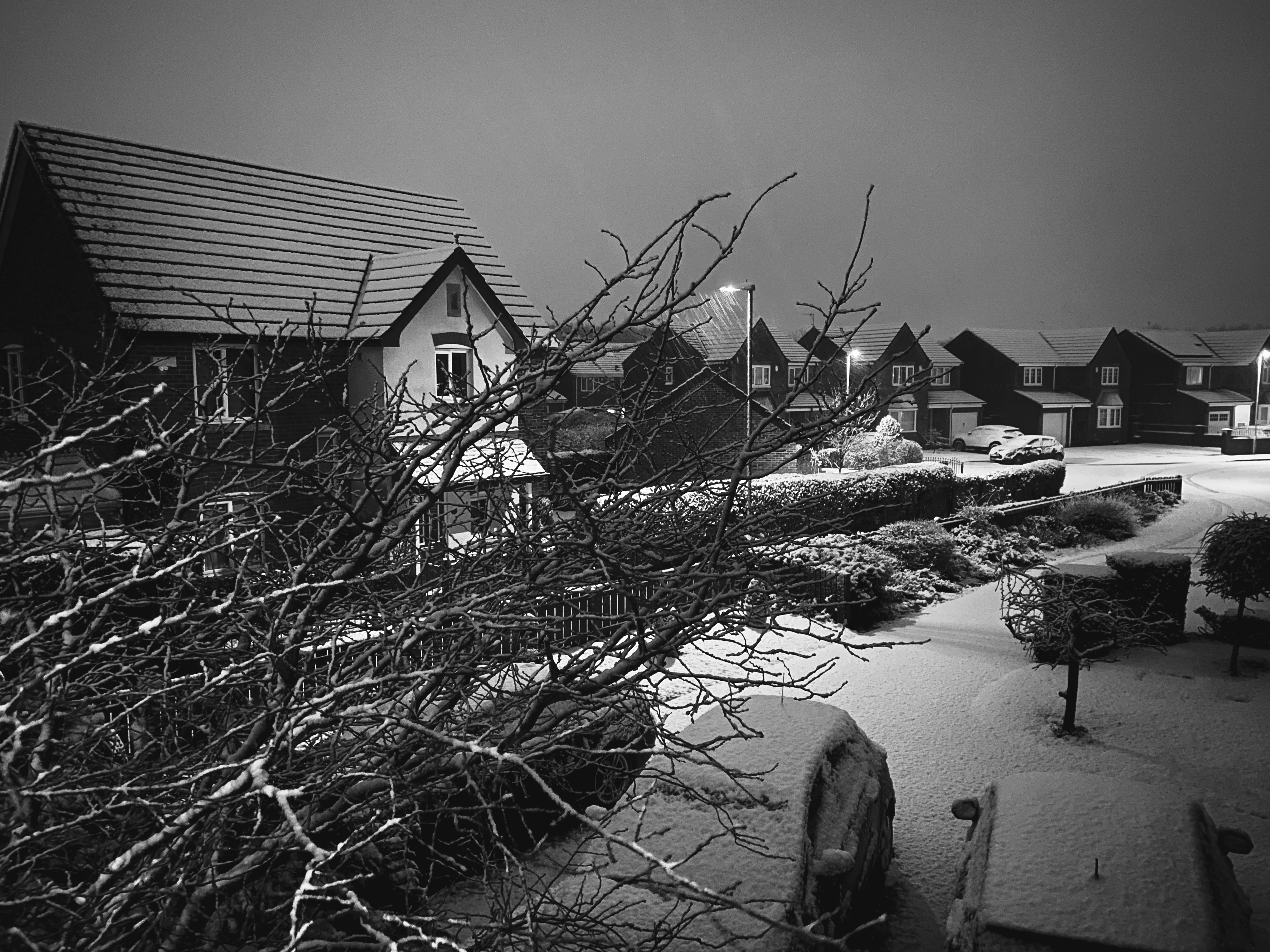