Phil and I went to the pictures on Sunday afternoon, a rarity indeed, but we really wanted to see the Dunkirk movie on the big screen.  It was different, in that most of the characters were nameless, and the whole thing was an ensemble of pieces shot in different time scales.  The beach part was over a week, the little rescue boat a day, and the fighter plane an hour, which was a tad confusing  as they were interspersed, so that parts of the hour in the plane were seen at the end of the week on the beach.  Not sure if that made sense to anyone reading but I only got my head around it after the event.  We were not too impressed with the beach scenes, everything and everyone was in neat order, but old war photo’s show chaos, and considering how many were really there, (over 300,000 were rescued) there didn’t seem anywhere near enough in the movie.  Of course hiring that many extras is probably implausible, and they did use cardboard cutout soldiers, but a bit of CGI wouldn’t have hurt to make it more realistic, I know that’s a dichotomy but there you go.  Some great actors in the movie, Mark Rylance plays Mr.Dawson, the owner of a boat who went off to rescue some soldiers, Tom Hardy plays the fighter pilot, not much dialogue and his face in a pilots mask, but the flying scenes were some of the best in the movie.  Also good was the overturning of a destroyer and how the water was filmed as it overtook the ship.  In the press a big deal was made of Harry Styles playing one of the soldiers (he of the ex boy band One Direction-which pulled a huge amount of otherwise not interested teenage girls into the cinemas) and he was no worse than the other 2 soldiers that were focused upon, competent if not outstanding.  I couldn’t find anyone to make an emotional attachment to, and I think I prefer to have that in a movie. Christopher Nolan wrote the script and directed, and he is not known for the simplicity of story telling,  and Hans Zimmer did the score, which was quite honestly bonkers and needed to just shut the fook up now and then, lots of bonging booming drums and electronic chords.  So we came away feeling underwhelmed. The next time I go to the movies I’ll stick to the Marvel universe! 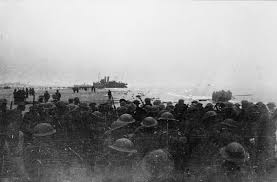 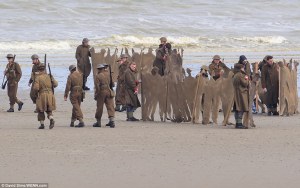 I have just finished re- reading Bernard Cornwell’s  The Last Kingdom series of 10 books.  Originally called The Saxon Stories/Chronicles but they’ve changed the name of the series to match the TV series based on the books.  These are wonderful tales of England before it was England, when the Saxons had ousted the Britons and in turn were overrun by Vikings, and while the stories are fictional, the historical settings are well rendered and evocative.  The main character Uhtred is a joy to read about, a huge character it’s impossible not to like and root for.  A fair amount of the plot is in regard to Northumberland and in particular Uhtred’s dream to reclaim Bamburgh Castle from his usurper of an uncle.  Plenty of excellent gory fight scenes, and Mr.Cornwell fleshes out the historical characters of King Alfred and his family, and the historical norsemen who he includes in the series really well.  I love it when characters come to life in your head when you read a book, and Mr.C really excels when it comes to characterisations.   I have to say I have watched the first 2 series on the TV and they are doing a great job, though as always, there is so much more in the books.

The only TV we are watching at the moment is Game of Thrones, which unfortunately is in the penultimate series before it comes to whatever sticky end they have planned, and new to us Outlander on channel 4.  I believe there have been 2 series of this on Amazon, which we don’t subscribe to, but we are only on the 5th episode of the first series on ordinary TV.   It’s a time travel thing, a woman who has just come out of WW2 as a nurse, goes on holiday with her husband to Scotland (they haven’t seen each other for the duration of the war) visits some standing stones to pick some healing herb thing, and promptly gets chucked back in time to the 18th century and the Jacobean uprising against the dastardly English.  The locations are stunning, the costumes really well done and the acting  isn’t shabby either.  It too is based on a series of books, by Diana Gabaldon, but I haven’t read them, they’re on the list!

As for real life, I’ve been to work but not done much with my cameras, I’m heartily sick of the weather, and caterpillars are eating my cauliflowers.

We had a nice blast of colour yesterday evening in the clouds, but that’s the only thing that has inspired me to pick up the fuji this week.