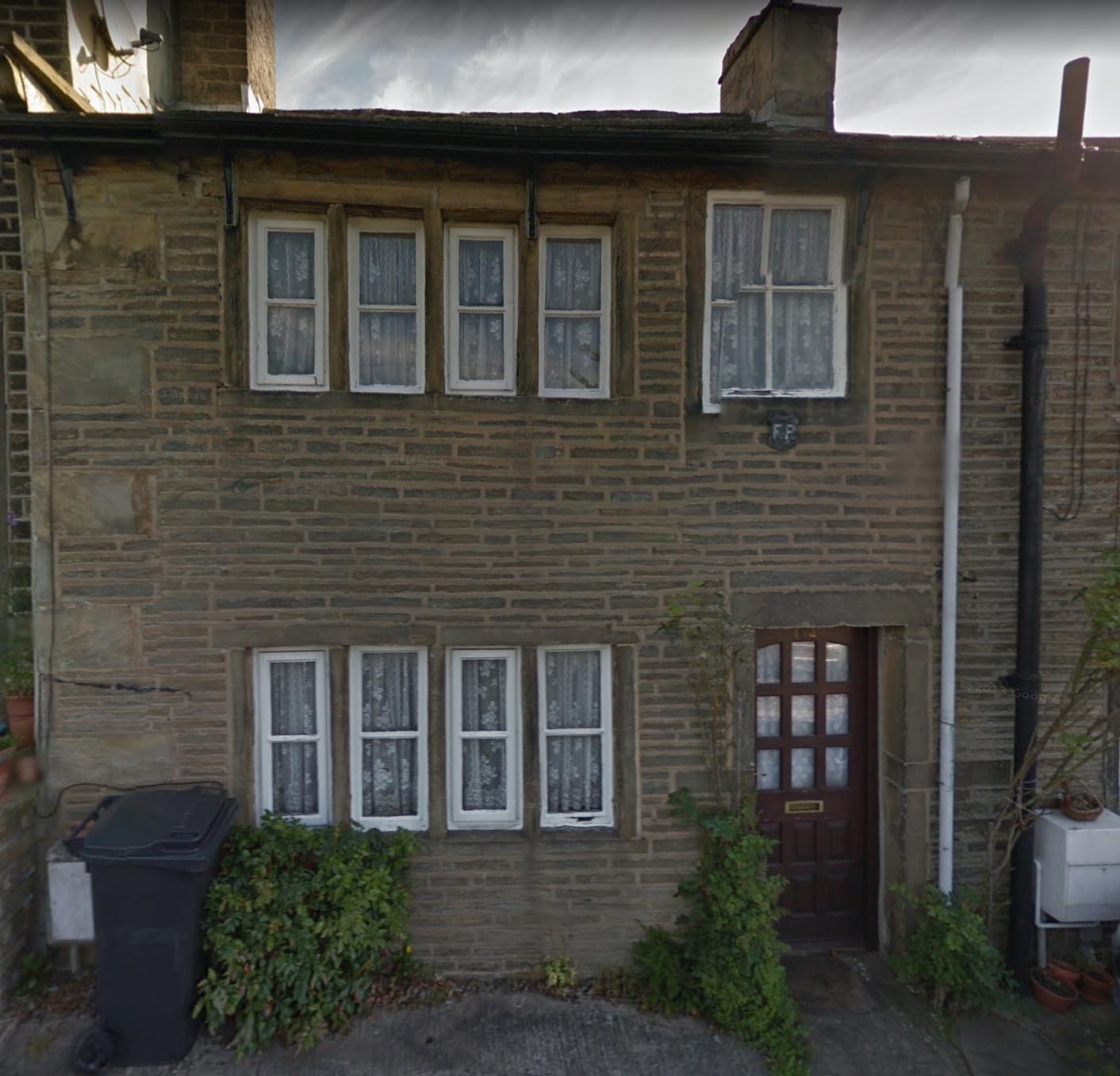 Phil and I were having a conversation the other night which led me on to thinking about my childhood growing up in Huddersfield, Yorkshire for the first 11 years of my life. I was telling him what an idyllic childhood I had and it really was. Then I read Pete’s story about drowning when he was a boy, and that reminded me too of where I lived as I had a similar experience when I was a nipper.

I lived with my Mum and her Mum and Dad, in a house that was in the first street to be built in the area, and though they are humble terraced houses, they are now listed buildings, so can’t be replaced.  I lived there until I was 11 yrs old,  when Mum met and married George, who was in the RAF.  I haven’t been back there ever, and wondered if the houses were really still there, or if the surrounding fields and land had been built on now, the road updated perhaps, I was pretty sure my memories of the place would not match up and going back to visit would probably be a disappointed.

But of course, I have the technology to virtually visit, and so I cranked up google maps and took screenshots of the place!

The house where I grew up

The plaque that says FP on it, means fire point, I think firemen would have plugged a hose in to that if there’d ever been one.  I wish I could find out when it was built, but all my googling on that has come to naught.

The window panes have changed, ours had the old leaded type in a diamond pattern, but it looks the same other than that, I can almost see my Mum’s Riley Elf parked in front of the windows there.  And me,  hurtling out of the front door, across the road, jumping over the wall, running down the fields to the stream at the bottom to race float sticks, and catch tadpoles or tiddlers (little fish)  and bring them home in a jar.

This is looking up the road as if you were standing outside the front door.

The wall is still there, though lower than I remember (or was I just shorter?) and the lamp post is modern where the old one was black cast iron. The lamp part always brought to mind the police lamp at the start of the Dixon of Dock Green TV programme, (google that young people!)  and it had a prong sticking out near the top that you could swing on if you stood on the wall and jumped.   Newer, much newer, houses have been built down from the wall, so you can’t run down to the stream now, but the view is still there. I love the armchair my could’ve-been neighbours have out front!

In winter back then, the snows would come, and for a couple of months at least my world would be a white playground, the fields wrapped in pristine sparkly shrouds, and I had a shit hot sledge. Up the road this time, then turn right at the stile, up the field to the top, then wheeeeeeee! all the way down.

The stile is still there, you can see it just near the tree on the right, but that old wall up the field is crumbling now.

We played up there a lot, me and the other kids who lived in the old terraces, and somewhere in that woodland is a tree house we made, maybe there’s still a bit of it hidden in the branches.   At one point the council laid new piping along the bottom edge of the field, sewage works maybe, and large pale grey concrete cylinders lounged around at the bottom of the field waiting  for their funerals.  At the weekends we would jump on and off them just for the hell of it.  Once I landed on an old piece of wooden board which employed a rusty old nail, and it went straight through my foot between the bones. I cried, and bled a fair bit, and my pals helped me limp home to Mum.  Of course we didn’t really do hospitals in those days unless you were in danger of dying on the spot, so my Grandma slapped some Savlon and sticky plasters on the hole, and sent me off to play some more.

At the end of the row of terraces, in front of the last house, was a big old coal bunker, about the size of a small car. Stone built and painted blue it had a thick slate roof on it and at the front a little wooden door.  The coal used to be delivered by horse and cart, and the coal man would shove the lid off a bit and haul sacks of coal into the bunker, and each house had a wooden scooped shovel to go and fetch the coal from the little door when you needed it.   One of the lads, David,  lived in the bunker house, and sometimes we’d play jumping off the outside window ledge of his house, onto the top of the coal bunker.  It wasn’t a huge gap and not far to fall, so no-one bothered us to stop, but one day I must’ve had beans in my pants as I jumped high enough to catch my nose on the washing line David’s Mum had strung out.  More blood and crying, and I still have that scar across my nose.

My drowning incident happened when a rare event occurred, I got to play with the posh lad who lived further on up the road.  Their house had a drive and a locked gate

and I’m not sure how it happened but I was asked to go and play with him at the house.  They had a small rectangular pond in the front grounds, and I remember the water was dark and had a lily pad or two on it.  The boy told me there were fish in the pond so I leaned over to try and see them and pitched face first into the water. I must have been 6 years old or thereabouts.  I didn’t know how to swim, and it was so dark in there,  I don’t know if I panicked, all I remember is darkness, and then Mrs. Posh was stood in the pond fishing me out and bashing my back.  I remember her tweed skirt, stockings and shoes were soaked.  I wasn’t invited again sadly.  I should think she was more shocked than I was and didn’t want to be reminded!

Also up the road, was Snow Leas Farm, you could see the sheep in the fields behind it.  We’d walk past it on our way to school and wrinkle our noses at the sheep poop smell. No sheep now, but landscaped garden and more houses further down I think from the map.   I looked up the farm and found it had been for sale around 2013 for £700,000!  I read the sales blurb  and loved it, “Set in a highly convenient and sought after yet little known semi-rural location, Lamb Hall Road is a hidden treasure to the East of Huddersfield, the area has managed to retain its rural character while being one of the best addresses in this area. A rural idyll with  fascinating views,  which combines rural scenes and buildings of industrial heritage.”  Well if only we’d known!! When Mum married George and we moved to RAF camps, she sold our family home for £1100.  I try not to  think of George as the worst thing that happened to Mum and me, but mostly fail. But that’s another story.

I know now, that our house had been lived in by members of my family since at least the 1800’s, and my great great Grandad and Grandma Rowland and Ada Jessop were buried in the church further down the road. That’s been demolished some time ago, but the graveyard is still there, and I found a site that has pictures of all the graves,

I am so glad the ambience of the place has not been destroyed as it has grown, the newer houses don’t interfere with the view, the hill they are all on being so steep, and the original buildings are still all there.   The google car went round in 2013 so only 4 years ago.  I am aching to go back and take my own photo’s of it all, and sometimes it’s hard not to pine for simpler times. I still want, need, to run out the door, over the wall and down to the stream. 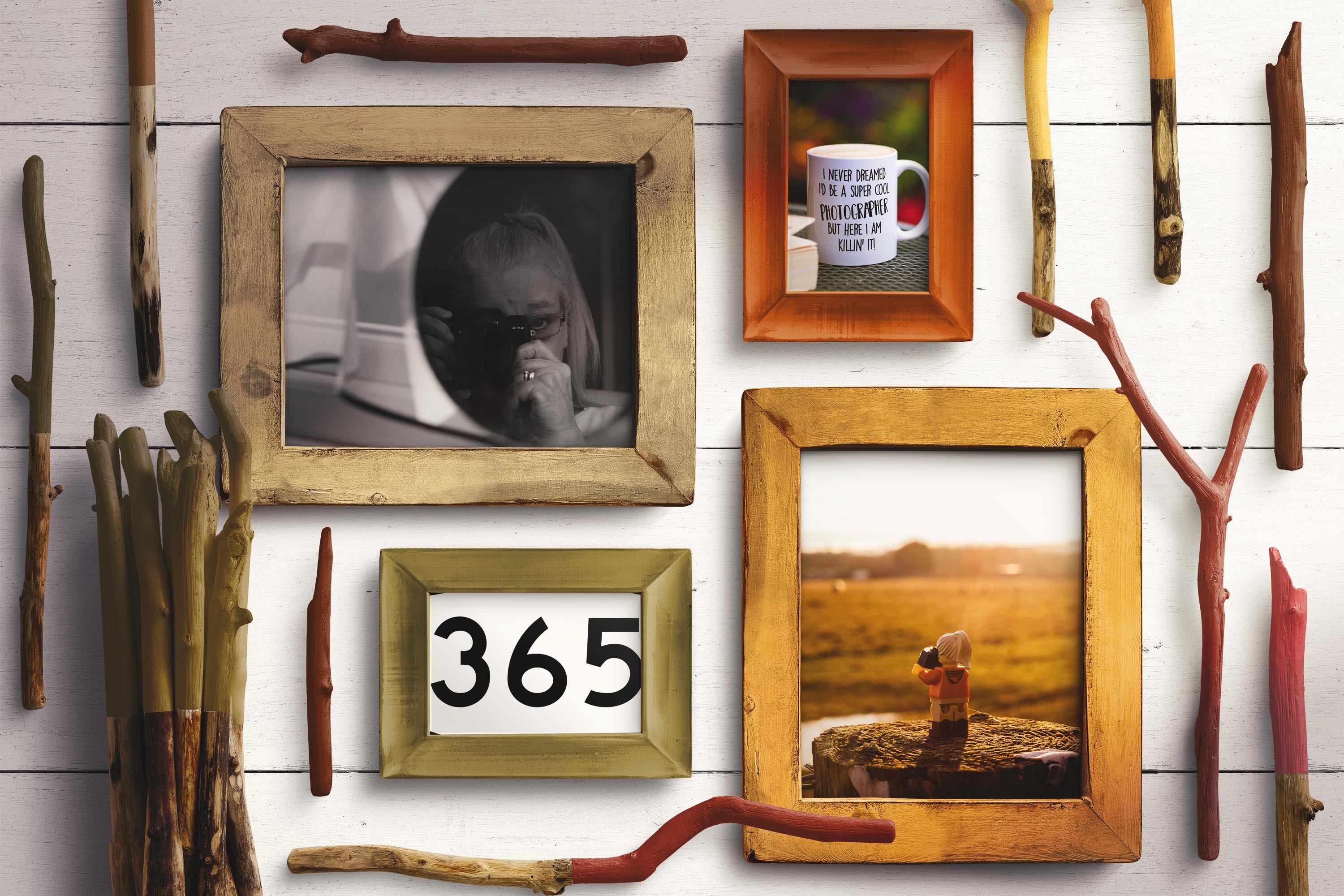