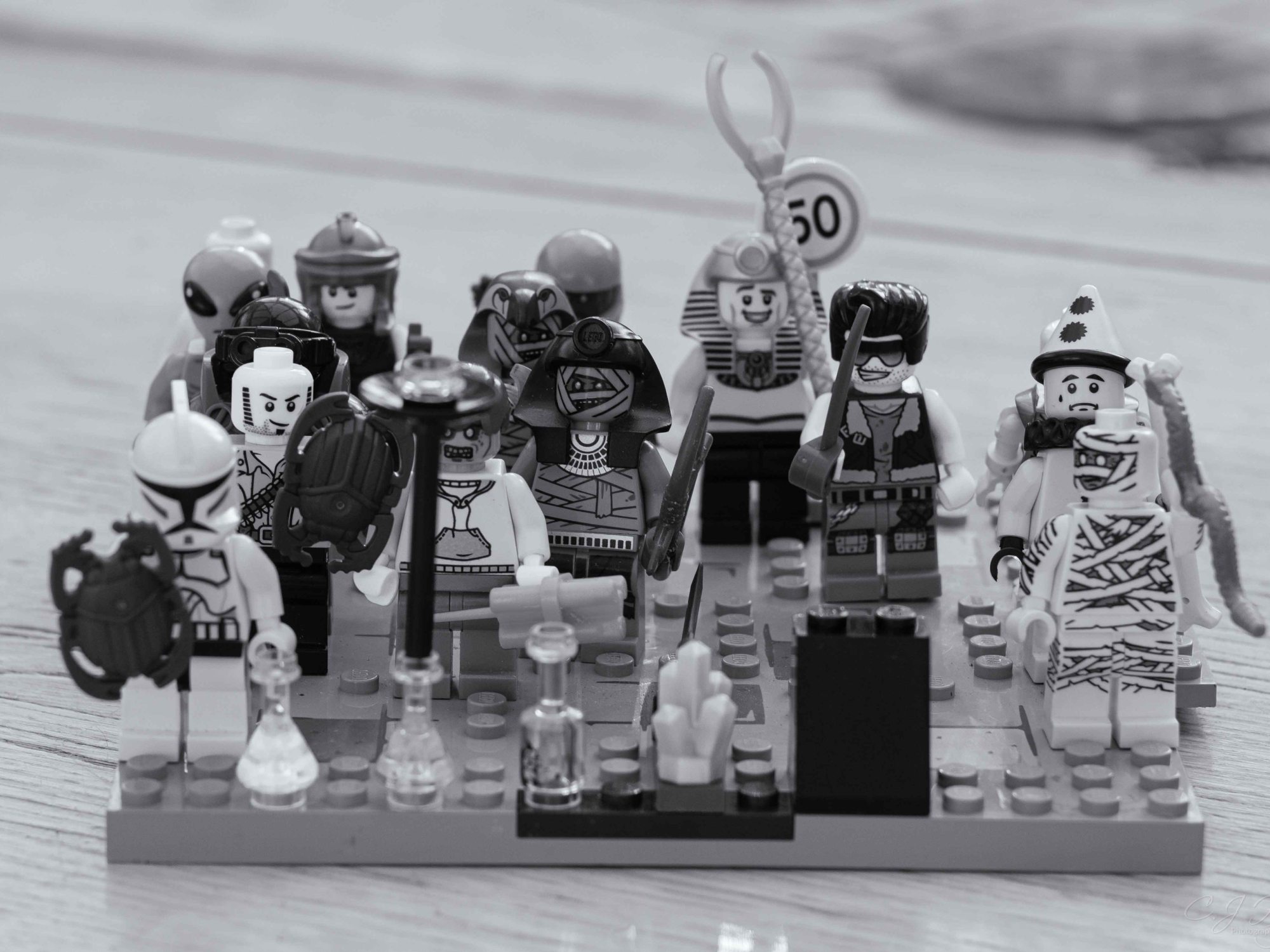 Imagination is a wonderful thing to have, and kids have so much of it that is beyond me. At some point when he was here yesterday afternoon, Cal was playing with some lego stuff I let them play with. He put it away before he left and I didn’t even register anything. But I sat in the conservatory this evening, and something in the lego box caught my eye, it was a lego army on a base, or band of renegades really. There’s (what was) a surgeon who’s been given a growling head and is carrying a bomb, an alien with a Roman army sword, a Roman Soldier pointing a blunderbuss pistol, a Star Wars Stormtrooper with an ancient Egyptian scarab shield, a Mummy with a poisonous snake, a tearful clown carrying a thigh bone, a skeleton wearing some kind of SciFi armour, an ancient Egyptian Mummy with a bow and arrow, and well.. you get the drift. 🙂 I wish I was a story writer as there’s a tale to tell with this lot! They were all facing forward, and there was a lamppost at the front of the scene and a 50 miles an hour sign at the back which tipped me over the edge, and I’m still laughing. Also wondering if he needs psychiatric help 🤣🤣.

The whole lot is wonderfully bonkers, and I wish I could keep it as is, but it will be pulled apart next time and made into something else I suppose, you can’t stop progress!