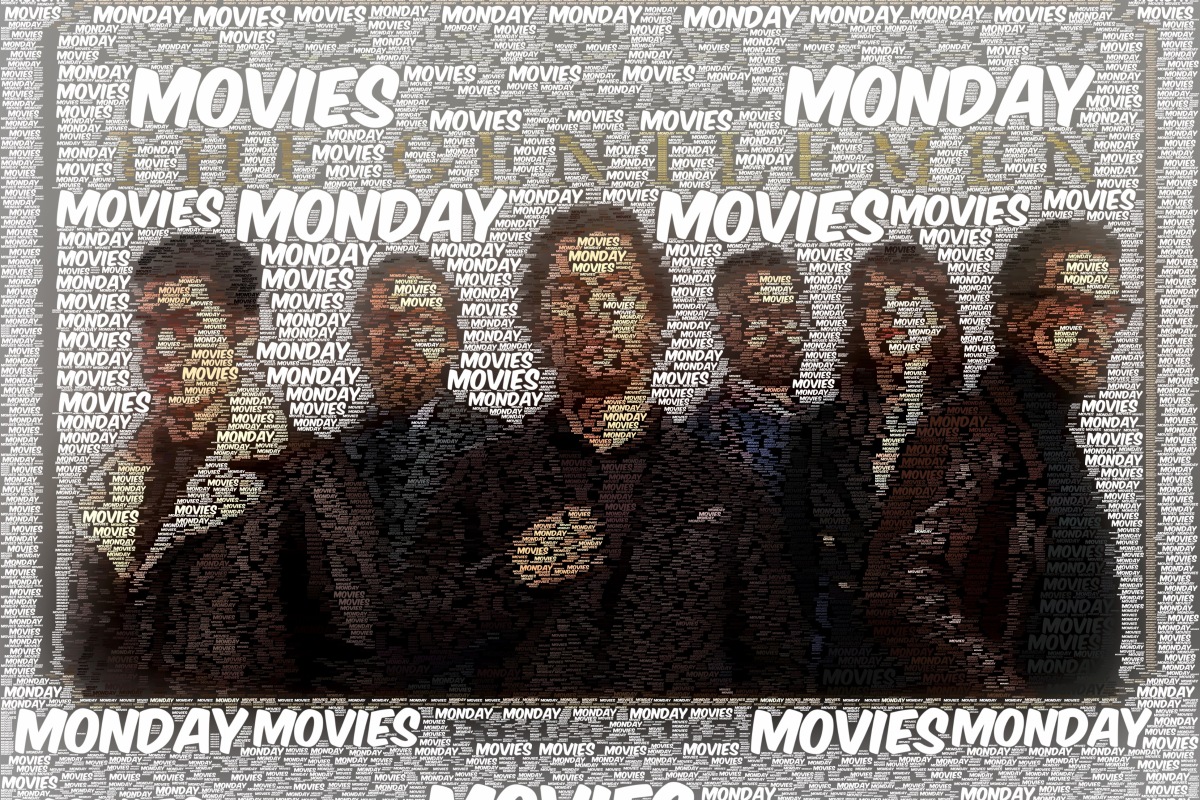 Phil went really retro this week, with a black and white film, Saturday Night And Sunday Morning (1960). Known as a ‘kitchen-sink drama’ it was directed by Karel Reisz based on a novel by Alan Sillitoe who also wrote the screenplay. It starred Albert Finney who played Arthur Seaton.

Arthur is a machinist in the Raleigh bicycle factory in Nottingham. He’s feisty and rebellious, and determined not to be tied down to a boring domesticated life like those of his parents and colleagues. His weekends involve drinking and partying and having a blast, and fishing with his best mate Bert (Norman Rossington). He is having an affair with Brenda, (Rachel Roberts) who is married to one of his older colleagues Jack, (Bryan Pringle) but then meets and starts a relationship with the beautiful and classy Doreen (Shirley-Ann Field) who is nearer his age than Brenda.

Doreen however is not up for sex before marriage, so Arthur continues the affair with Brenda, until she becomes pregnant by him. Arthur offers to help raise the child or pay for a termination, and Brenda wants the latter. He takes her to see his Aunt Ada (Hylda Baker) who sits her in a hot bath for 3 hours and has her drink a bottle of gin. That doesn’t work so he pays £40 for a doctor to do it, but Brenda changes her mind and decides to go through with keeping the baby.

Arthur & Bert, Doreen and a lass who’s name escapes me but is a friend of Doreen’s, go to the local fair, where Brenda, Jack and Jack’s two Army brothers are also indulging in some fun. Arthur and Brenda end up on a merrygoround together but are spotted by Jack and his brothers, the upshot being they catch Arthur and give him a good beating.

Once he’s recovered and returned to work, Jack warns him off seeing Brenda again, so Arthur decides to marry Doreen. The movie ends with them on a hillside looking down at a building site where new homes are being made, and talking about the prospect of buying one. Arthur doesn’t look all that impressed.

It was strange to see the Industrial 1960 town, I grew up in Huddersfield during that decade, which had mills and factories just like in the movie, but wasn’t really aware of that as we lived out on the edge, where the countryside started. But the people rang very true in their clothes and manners. It was filmed mostly in Nottingham, with London standing in here and there. The acting was tight and Albert Finney made a great rebellious lead but everyone in this brought their A game. It wasn’t grim in spite of the grim nature of some of it’s themes, with plenty of humour shot throughout. The British Film Institute have it at 14th in their top 100 of British films, and it deserves that high ranking.

This movie was part of the New Wave of British cinema, for the first time portraying the working class in a serious manner, and dealing with issues like sex, adultery and abortion. It was amongst the first of the kitchen-sink dramas, inspired by the 1956 play Look Back in Anger.

Fraggle rating : Worth a watch for gritty realism and interesting nostalgia.

SO my choice for a fun movie was The Gentlemen (2019) directed, produced and written by Guy Ritchie. Billed as an action comedy and set in London,it is the story of an American guy, Mickey Pearson (Matthew McConaughy) who came over to England to study at Oxford University, but found he did better at selling weed to the students and ended up with a multi-million pound cannabis business. At the beginning of the movie he wants to sell up and retire, and this sets off a chain of incidents that seek to devalue his business and undermine him. No spoilers as this is reasonably new. The cast is great, as well as McConaughy in fine form, there is Hugh Grant playing Fletcher, a cockney investigative reporter, he did it so well, channeling Ray Winston’s way of talking. Charlie Hunman plays Mickey’s right hand man, cool as a cucumber and Michelle Dockery plays Rosalind Pearson, Mickey’s smart and feisty wife who runs a female staffed car repair shop. Other notable characters are Jeremy Strong as Matthew Berger who wants to buy Mickey’s business, Eddy Marsan as Big Dave, the loudmouth, uncouth newspaper editor who hires Fletcher to investigate Pearson, and Colin Farrell as Coach, who runs a boxing club, he outdid himself in this movie. Added to that there are Russian mobsters, Chinese gangsters and Lords and Ladies all in the mix.

Martin Scorcese may have the monopoly on Italian mobsters in the USA movies, but if you’re going to do a gangster movie in the UK, Ritchie is your go to guy. With sharp, pacy direction, a pithy script that had us laughing out loud more than once and some trademark Ritchie filming techniques you can’t help having a good time watching this one. There’s a bit of shooting and fighting in it but even that’s done in a non-serious manner.

Critics mostly loved it, though some of them can’t help comparing it to Lock, Stock & Two smoking Barrels unfavourably. But it isn’t that movie and doesn’t pretend to be, I actually liked it more, it was funnier. It did very well at the box office too.